How to Combine the Major and Minor Pentatonic Scales

Putting the scales together 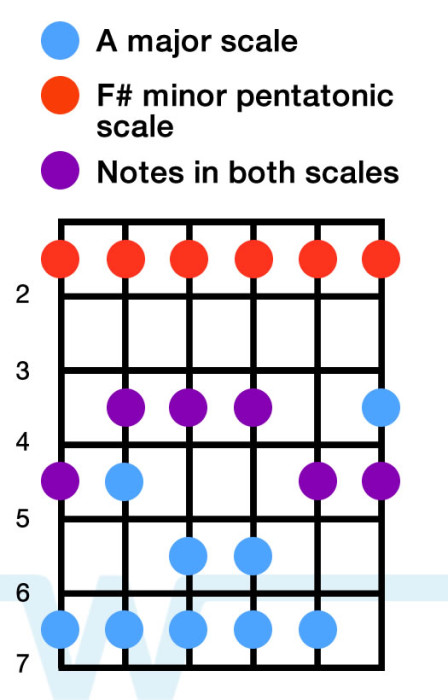 When you are playing a song in the key of A, you can use either scale to create melodies and lead lines. You will often need to use notes from both scales, though, so the purple dots allow you to ‘cross over’.

This works with any of the purple notes – you can slide up into the major scale or down into the minor scale.

To get fluid with this you’ll just need to practice. There are no real hard or fast rules – you just need to know where each scale is and which notes are in it, and then work on moving back and forth between them. Pretty soon you’ll find yourself moving seamlessly and creating licks and lead melody lines.

This same strategy works for all keys. Just use the Major Scale and the Minor Pentatonic Scale for the relative minor in that key.

The relative minor is always the 6th of the major. Here are some examples:

How to make a boring chord progression sound interesting // Guitar Lesson
May 29, 2018